The other day an architect friend took me to The Judson Studios in the Garvanza (Highland Park) neighborhood of Los Angeles to view a project in progress. I knew a little about the building but had never had the opportunity to meet the artisans or see their stunning stained glass work up close. Everything about this place exudes a deep love of beauty and an attention to detail that makes no compromise. It’s hard to believe this Southern California gem is only a few blocks away from Penny’s Hamburgers and the T-Shirt Warehouse. 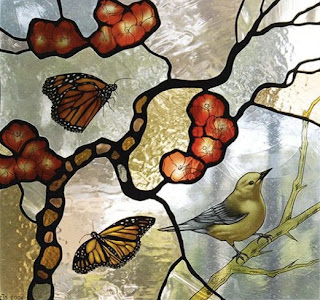 William Lees Judson settled on the banks of the Arroyo Seco in 1893 and quickly became a driving force behind the Arroyo Guild of Craftsmen, fueling Southern California’s Arts and Crafts movement. In the late 1890s he founded the Los Angeles College of Fine Arts at this location. In 1901 his art college became USC’s College of Fine Arts and remained in Garvanza until moving to the central campus in 1920. 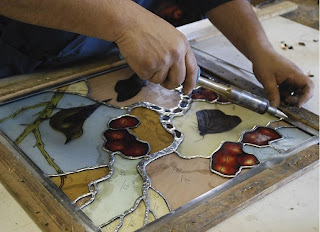 Judson’s stained glass studio remains in the family to this day, producing profoundly beautiful work in a tradition unchanged by time. Horace Judson told the Highland Park News-Herald in 1940: “Here there is no rush. We work slowly and for perfection as they did six centuries ago.” 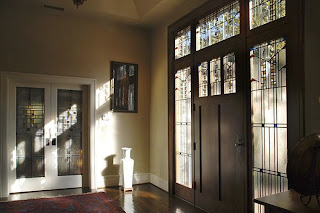 As I watched the artisans work I marveled at the way architects manipulate light to create beauty and a sense of well being. When we look away from a painting it is gone, but when the light has been channeled in our living and working spaces, it continually changes our experience whether we are aware of it or not. Stained glass transforms itself with the seasons and the daily cycles of light and dark. The tradition captures icons that surround us with the things we value most.

This beautiful place reminded me of music, which also shifts space around us, creating a dimension of beauty and a sensual aesthetic that goes beyond words. Enjoy these images from The Judson Studios web site. 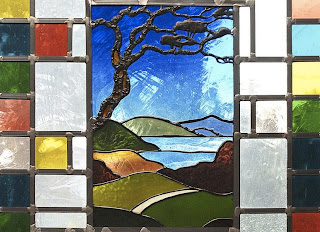