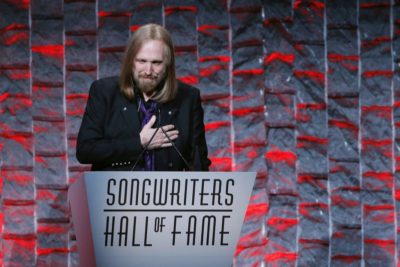 I came late to the music of Tom Petty.

I’d heard songs on the radio, but the pivotal moment came when my friend Jon Grier, at the time, an engineer at Music Annex in San Francisco, brought me into the control room to demonstrate the studio’s new Genelec monitoring system.

He put on “Learning To Fly” from the album “Into the Great Wide Open” which had just been released. I was completely blown away. The music was deeply human, 100% pure, and it sounded GREAT.

I immediately went out and got my hands on every recording I could find. I have been a huge fan ever since that day.

Tom Petty’s music beautifully captured that poignant human experience of striving, falling down, and getting up again for another try. To me, his songs were filled with hope, and tinged with melancholy.

His catalog was remarkably consistent, and his records always sounded extraordinary, with some of the best production of the time.

Tom Petty was also one of the first musicians to take on the major labels for their egregious manipulation and mistreatment of artists. His advocacy inspired many musicians to become business savvy and stand up for their work.

I highly recommend the 2008 Peter Bogdanovich documentary “Tom Petty and the Heartbreakers: Runnin’ Down a Dream” if you haven’t seen it.