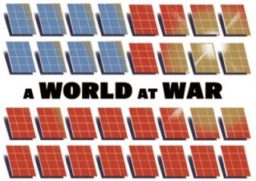 Coming together to fight climate change 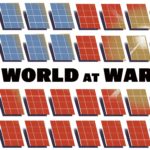 A recent AP piece argues that climate change is the most polarizing current social issue because it stimulates our intuitive tendencies toward collective action or individualism. The logic makes sense but that isn’t what happened in WWII. The country came together and galvanized its resources to fight a global threat.

In The New Republic Bill McKibben makes a cogent argument that what is needed to battle climate change is a concerted national (and international) effort similar to what FDR instituted during the Second World War. The battle against climate change presents a unique opportunity to build a sustainable energy infrastructure, bolster our economy, and bring together our divided nation.

This is a long read but well worth it.

What can we do as individuals? Become active in local community politics, contact our elected representatives, support the development of renewable energy in the private  and public sectors, and track environmental leaders like McKibben and 350.org.

Because climate change is developing over a relatively long trajectory relative to our evolutionary sense of danger, we have been kicking this can down the road for generations. The key to shifting our response is understanding the science and the implications for global security, economic stability, social justice, and general well-being.